Switching from Firefox to Chrome 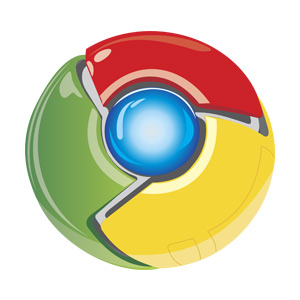 I’ve used Firefox as my main browser for years. I’ve always known it to be fast and functional, but for some reason after version 3 or 4, things started getting not so good. For example, each major upgrade leaves me with fewer compatible extensions. And if you don’t remember to disable the auto-updates option, you may be stuck with your favorite extensions not working. I lost some great add-on functionality for the Fx4 -> Fx5 update, but continued using Firefox almost by force of habit.

After however many months working with Fx5 and half of my extensions not working, Firefox did an auto-update to version 6. That wiped out another handful of add-ons, including a few that greatly improved my workflow. I looked into rolling back to Fx5 (or even 4), but it looked like a complete headache, so I cracked the whip and held fast with Firefox and half of my add-ons disabled due to incompatibility. As I worked with Fx6, I took advantage of the excellent tab-grouping functionality, but also noticed that performance seemed sluggish. I found myself clearing the browser and rebooting way too frequently, until it just got crazy and pages would take forever to load, even after disabling more add-ons. After fighting it for a few days, I finally called it quits with Firefox.

I’ve been using Google’s Chrome as an alternate browser ever since it was first released as a PC/Win beta way back in September 2008. I played around with Chrome on my WinXP machine and really didn’t see what all the hype was about. Back then it was cool and fast, but really couldn’t match Firefox as a serious browser. So a few years later after switching to Mac, I started using Chrome for more than just random surfing and cross-browser testing. As Firefox began failing, Chrome proved to be a consistent, reliable browser that’s blazing fast. At some point, I realized it was time to retire Firefox and roll tuf with Chrome.

Occasional surfing with Chrome is easy, but customizing for full-time use requires some time to get everything fine-tuned and dialed in. After importing my bookmarks and adjusting default browser settings, I went through my Firefox add-ons and found as many alternate Chrome add-ons that I could find. Surprisingly there were only a few extensions that I could not find for Chrome:

After searching and trying all sorts of possible alternatives to these Firefox add-ons, I finally threw in the towel and moved on with my life. Hopefully some of this stuff will be available soon. Also, although technically not an extension, Firefox’ Tab Grouping feature really is super-useful and improved my workflow considerably. So I would add it to the list, but there is a workable alternative which I discuss below.

Staring at Chrome with a confused look on my face

After several weeks using Chrome full-time (like all day, every day), I’ve noticed a few weird things that it does differently than.. well, just about any browser you care to name. Here are some examples of default functionality that could be better in Chrome:

Admittedly, these are relatively minor issues, except the default-page for new-tabs thing is both a serious flaw and complete mystery. Well, not really. We all know why big companies make decisions, but having to install two add-ons to emulate something Firefox can do so easily is just an embarrassment.

Gotta say up-front that my strategy is minimalistic, so I only install an extension if I absolutely must have it. Although it’s amazing that Chrome stays fast and light regardless of how many add-ons you throw at it. Firefox I think struggles when the number of add-ons starts to climb. That said, here are my currently active Chrome extensions:

Amazingly, I get better functionality with Chrome using these eight extensions than I did with Firefox using 20 or more. With this handful of add-ons, I get a browser that’s responsive, intuitive, and blazing fast.

I’ve really enjoyed using Firefox over the years, and will continue to use it as my “secondary” browser. It’s been a month now since switching and Chrome just keeps getting better. It’s fast, free, responsive, and has greatly streamlined my workflow. If you’re looking for an alternative to whatever browser you’re using, Chrome is it.

52 responses to “Switching from Firefox to Chrome”

WP Themes In Depth: Build and sell awesome WordPress themes.
Thoughts
DIY: Monitor File Changes via Cron working perfectly for over a decade.
Mastodon social is a trip. Glad I found it.
As a strict rule, I never use cache plugins on any of my sites. They cause more problems than they solve, imho. Just not worth it.
Currently on a posting spree :)
6 must come before 7.
My top three favorite-to-write coding languages: CSS, PHP, JavaScript.
If you’re not 100% sure that you can trust something, you can’t.
+ More thoughts »
Topics
Find me on the social medias
Around the site
WordPress help
Favorite projects
© 2004–2023 Perishable Press • Yes Theme by Monzilla Media • Built w/ shapeSpace • Sitemap • Policy • RSS • John 3:16