A Sincere Attempt to Switch from Firefox to Opera 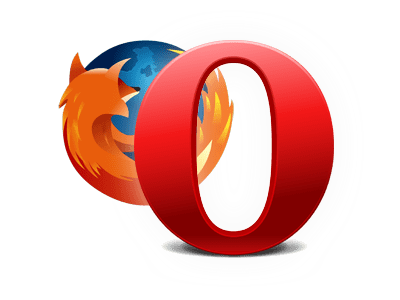 I recently twittered my intention to switch from the Firefox browser to the sleek, new Opera 9.5. I have always used Opera as a secondary browser, especially handy for speedy jumps into cyberspace, browser testing, and taking up space on my hard drive. I have always wanted to switch completely to Opera, but for many reasons, Firefox just keeps pulling me back into its comfortable grasp..

Opera may be stupid fast, but web page load speed is not a bottleneck in my workflow.

After a quick Opera-9.5 download, I decided to install Opera in its own directory instead of upgrading my current 9-point-whatever version. Unlike some browsers, multiple installations of Opera require nothing more than separate directories (as specified during the setup process). Within moments Opera 9.5 was loaded up and running tuf. The new darker default interface is sleek and sexy, inspiring me all the more to continue my quest to switch from Firefox.

As I began configuring the new Opera with imported bookmarks, speed-dial, home-page settings, and tab groups, I found myself digging up passwords that I haven’t had to remember in years. I know that Opera is equipped with its own “Remember Password” functionality, but you still have to enter each password at least once in order for it to work. Not a big deal, and certainly nothing against Opera, but it would have been great to have been able to import all of my saved Firefox passwords (if that’s even possible). In any case, after loading up and logging in to my core collection of tabbed sites, I spent a majority of the day using Opera instead of Firefox for all of my design, admin, and surfing needs.

If you aren’t already familiar with Opera, let me tell you about its absolute bestest feature: it’s fast. Lightning fast. Faster than any other browser I have ever used (other than text-based browsing devices and whatnot). Even with all of my Fx extensions disabled, Firefox crawls when compared to Opera. Granted, there are many variables involved when it comes to browser speed and performance — computing environment, processor speed, available memory, bandwidth, etc. — but I think it’s safe to say that, in general, Opera is considerably faster than anything else.

As fast as Opera is, you either love it or leave it because of missing features. Functionality that you need for optimal workflow and getting things done. Just because Opera loads web pages super fast, doesn’t help much if it takes you twice as long to do your work. Here are some missing features that slowed my workflow significantly.

At first, Opera’s incredible speed had me convinced that switching from Firefox was now inevitable. Yet, as the workday continued, I began noticing some serious deficiencies that were slowing things down. First, there has to be a way to display colorized tabs in Opera. The dark tabs are cool and chic and everything, but I am able to work much faster with my set of tabs sub-categorized and neatly organized according to a mini-rainbow of snazzy, desaturated colors. Unfortunately, a cursory Web search yielded zero fruits in this regard. Eventually, I slowly began memorizing my different tabs based solely on their location along the browser window. The problem with this approach is that tabs frequently lose their positioning, especially when they are constantly opened and closed.

Pressing on, I soon found myself engaged in the redesign of my business site, Monzilla Media (soon to be released). During this time, I discovered another critical Opera deficiency: source-code access. In Firefox, it is extremely easy to check any snippet of source code by highlighting any portion of the page, right-clicking and selecting “View Selection Source..” Until I tried designing with Opera, I was unaware as to how much I rely on this feature. Further, viewing selected source code in Firefox is an easy way to see any changes made to the DOM due to JavaScript, Ajax, and so on. Even so, I wasn’t about to give up.. yet.

As if lack of easy source-code access wasn’t inconvenient enough, I soon found myself missing a variety of Firefox’s extensional functionality. For example, the incredibly useful (X)HTML Validator extension makes it super-easy to check the validation of any Web page you happen to viewing. A simple glance at the indicator icon in the status bar lets you know if there are any errors on the page. Then, a quick double-click on the icon opens the source-code view of the document, along with a host of diagnostic tools and information. Couple this functionality with the “View Selection Source..” feature, and Firefox gives you amazing powers of (X)HTML observation.

Before long, my determination to switch to Opera was fading. Despite my best efforts to “make it happen” with Opera, the magic just wasn’t there. I think the thing that finally sealed the deal to stick with Firefox was the lack of live, on-the-fly spell-checking. Before this life-saving feature was introduced in Firefox 2-point-whatever, I found myself doing endless copying and pasting of text into third-party applications and online services just to check my spelling. Now that I have discovered the liberating power of real-time spell-checking, there’s just no going back. In fact, the futility of my attempt to leave Firefox for Opera finally became clear as I found myself minimizing Opera, launching Firefox, and using it to get some work done. Meanwhile, the über-speedy 9.5-version of Opera sat quietly in the background, fully configured and looking cool.

Missing features should be available as extensions, but at the time of this writing, they are not. As a web developer and writer/blogger, my browser workflow is complex, dynamic, and heavy on the code side of the spectrum. And having tools like Live Spell Check, Color Tabs, View Selection Source, and HTML Validation really make my life easier. Firefox has those tools like now. So Opera may be stupid fast, but web page load speed is not a bottleneck in my workflow. Cutting down on redundancy and complexity is the name of the game, and Firefox has the tools to make it happen.

Banhammer: Protect your WordPress site against threats.
Thoughts
DIY: Monitor File Changes via Cron working perfectly for over a decade.
Mastodon social is a trip. Glad I found it.
As a strict rule, I never use cache plugins on any of my sites. They cause more problems than they solve, imho. Just not worth it.
Currently on a posting spree :)
6 must come before 7.
My top three favorite-to-write coding languages: CSS, PHP, JavaScript.
If you’re not 100% sure that you can trust something, you can’t.
+ More thoughts »
Topics
Find me on the social medias
Around the site
WordPress help
Favorite projects
© 2004–2023 Perishable Press • Yes Theme by Monzilla Media • Built w/ shapeSpace • Sitemap • Policy • RSS • John 3:16