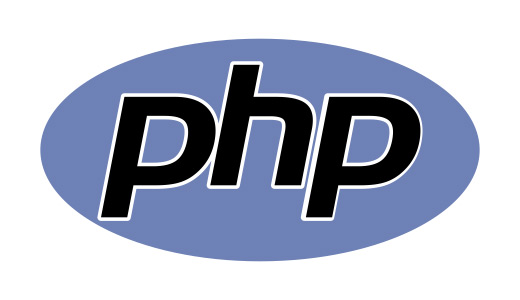 A reader recently brought to my attention a reported vulnerability on servers running PHP. It’s been known about for eons, but it’s new to me and it involves easter eggs in PHP so I thought it would be fun to share a quick post about what it is and how to prevent leakage of sensitive information about your server. It only takes a moment to disable the easter-egg information, should you decide to do so.

Here’s the scoop according to the Open Source Vulnerability DataBase:

PHP contains a flaw that may lead to an unauthorized information disclosure. The issue is triggered when a remote attacker makes certain HTTP requests with crafted arguments, which will disclose PHP version and another sensitive information resulting in a loss of confidentiality.

Couldn’t have said it better myself. Basically if you’re running PHP it may be possible for someone to discover the PHP-version and other sensitive information. Also referred to as a type of “fingerprinting” attack. It’s not “threat level midnight” or anything like that, but certainly worth a few moments to lock it down: another layer of protection to increase the security of your website(s).

On servers running PHP, visit any page, remove the trailing slash, and append any of the following query-strings:

If the vulnerability is present, requests made with these query-strings results in a variety of easter eggs and detailed PHP credits (see screenshots). When these easter eggs are visible, it means that expose_php is enabled on the server. And when expose_php is enabled, PHP-generated pages are sent with X-Powered-By response-headers that give PHP/version infos, such as “X-Powered-By: PHP/5.4.7”. Knowing the version number of software makes it easier for bad guys to research and exploit known vulnerabilities. So let’s take a moment to “plug the leak” by disabling expose_php.

If you have access to (and can edit) your server’s php.ini file, the recommended solution is to set expose_php = Off and be done with it. In addition to preventing access to the PHP easter eggs and credit information, disabling expose_php has the added benefit of preventing PHP from sending version information in X-Powered-By HTTP Headers. So instead of sending the following response for PHP-generated pages (e.g., WordPress):

Note that in addition to PHP sending its info via the X-Powered-By header, Apache is sending its version information as well. We can’t disable Apache directives via PHP, but as discussed in my book, it’s simple to do with the following directives placed in Apache’s main configuration file (httpd.conf):

This simply uses the ServerTokens directive to disable the version number. The ServerSignature directive disables the version info on server-generated pages, which is an added bonus.

If you don’t have access to php.ini (as is the case for shared-server hosting), we can use a thin slice of .htaccess to deny access to the PHP credits and easter eggs:

Just place that code in your site’s root .htaccess file and you’re good to go (no editing required). How does it work? In the first line we’re matching our regular expression against query-string requests (via RewriteCond). The regex pattern may look complicated, but it’s actually using variations on the same pattern, for example:

Here’s a comparison to help visualize the pattern:

The line terminates with a “no-case” [NC] flag, making the pattern-match case-insensitive and increasing its effectiveness. Then in the second line, the RewriteRule simply denies access to any matching requests. The terminating [F] flag instructs the server to send along a 403 “Forbidden” status along with the request.

Combining our two Apache techniques, we get an equivalent to disabling expose_php. Again, editing php.ini is the best route, but when that’s not possible, these two code snippets will get you there.

1) Add to Apache httpd.conf or .htaccess:

By combining our two methods we deny access to PHP credits/info and disable broadcasting of the Apache version. That’s effective, but unfortunately there’s no way to prevent expose_php from sending its X-Powered-By headers using .htaccess (afaik).

Note also that Apache’s mod_rewrite must be enabled on the server for this to work. If it’s not, remove the second two lines (the rewrite directives) and just use the first two. They’re part of the Apache core and should work to disable the Apache infos.

When something is intentionally hidden within a book, app, or whatever, it’s referred to as an “easter egg”. PHP has at least four of them:

So what’s the deal?

This is all fine and interesting, but is it worth it? It’s been reported that cPanel requires the PHP version info, so some hosts may leave expose_php enabled for that reason, but isn’t there a better way of communicating sensitive data?

Thank you to Warner Nanninga for bringing this to my attention and helping with further information. Cheers!

Blackhole Pro: Trap bad bots in a virtual black hole.
Thoughts
DIY: Monitor File Changes via Cron working perfectly for over a decade.
Mastodon social is a trip. Glad I found it.
As a strict rule, I never use cache plugins on any of my sites. They cause more problems than they solve, imho. Just not worth it.
Currently on a posting spree :)
6 must come before 7.
My top three favorite-to-write coding languages: CSS, PHP, JavaScript.
If you’re not 100% sure that you can trust something, you can’t.
+ More thoughts »
Topics
Find me on the social medias
Around the site
WordPress help
Favorite projects
© 2004–2023 Perishable Press • Yes Theme by Monzilla Media • Built w/ shapeSpace • Sitemap • Policy • RSS • John 3:16