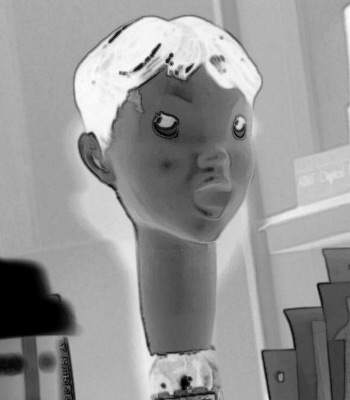 Dead Letter Art represents the creative exploits of several Northwest chillers. Their collective history is rich and reaches back almost two decades. For several years during the turn of the millennium, the DLa artists collaborated and published over twenty issues of their infamous zine, Dead Letter Art. Somehow, time has once again brought great distance between the members of DLa, and only time will tell if Dead Letter Art will truly rest in peace.

Nonetheless, it is interesting to ponder the current happenings related to those once involved with DLa. So, in the interest of future business, here are some current DLa statistics:

What are the DLa peeps up to these days?

88teeth
Alive & well — presumably enjoying life in Portland, filling sketchbooks, pimping photos, and enjoying his family.
Perishable
Regaining focus through faith in Christ. Also working on various projects, mostly online (for now).
Nimbus
Rumored to be slaving his life away as a maintenance technician. Most likely dabbling in the creative realm, snapping photos, drawing pictures, and painting rocks.
BHBW
Last seen pwning the small town of Moses Lake, WA — Driving taxi and appearing in court. Chances of seeing some new BHBW art in your lifetime: slim to none.
Osseus
News from the West — whispers of a nameless fear… well okay, maybe not — but his new website is super stylin’ — check it out.
Sui Lan
Last seen over a year ago online at her Y Design graphic design website, ynakamuradesign.com, which unfortunately is no longer available.
Kalacakra
Freshly exhumed, this hellish Hard Rock Zombie plays himself in the short film, Snow Day, Bloody Snow Day.

Please send any changes, corrections, or news to Perishable via the official contact page. Have fun and thanks for visiting :)