Clearfix Hack Evolution: From Dumpster Fire to One Line of Code 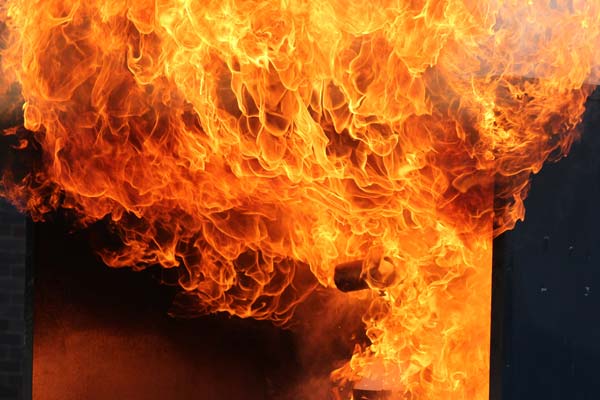 Is the clearfix method of clearing floats still useful? It’s been years now and I think the answer is “yes”. For example, I use clearfix to clear floats in the site’s current design. It’s the “cleanest” way to clear floated elements without setting widths, hiding overflow, or floating (nearly) everything. I know what some of you are thinking: “Cleanest..? Clearfix is a hack. A total nightmare event.” Years ago that may have been the case, but not so much anymore..

The clearfix hack exists because browsers need extra help clearing floated elements. Over the years it is has taken many forms. If you search, you will find many variations of the technique. Way back in the day, the original clearfix hack was hideous looking:

I mean look at that. It’s awful. And technically the original clearfix is even more convoluted than shown here because it prescribes conditional comments for all the IE stuff. Notice the browsers that are targeted in the last section: IE for Mac.. which for those who weren’t there is like IE version 5.5 or something crazy. Not even IE 6 bro. Anyway, the point is that the original clearfix hack was needed even back in dinosaur times. But nonetheless clearfix worked, so it became widely used. Soon, developers began to refine and simplify the code, so the clearfix hack began to evolve:

With this slightly improved version of the clearfix hack, we eliminate the need for conditional comments, and also make a few other small improvements. And of course browsers continued to mature in terms of CSS rendering/support, and so accordingly the clearfix continued to evolve:

That particular incarnation of the clearfix hack was widely used for years, effectively clearing floats in all targeted browsers. Fortunately web browsers have vastly improved much since those early days, which in turn has enabled us to continue simplifying and improving the clearfix method even further:

With this improved version of the clearfix hack, we actually remove all the hack cruft; so at this point in clearfix evolution, it no longer qualifies as a “hack”, as the code technically is entirely valid CSS. Notice the code now applies zoom: 1 to trigger IE’s proprietary hasLayout mechanism, which works just fine to clear the float for IE 6 and 7. So this version of clearfix also was used widely for a number of years as IE dominated the browser space.

From there, browsers have continued to improve, and likewise the clearfix method continues to evolve to this day. If you search for “clearfix” online, you will find many awesome developers and designers sharing their own enhanced or tweaked versions of the clearfix method, each varying in terms of browser support, syntax, and so forth. It’s a perfect example of how an open-source community works together to grow with technology. It is a wonderful thing.

So all of that brings us to now. Which clearfix method should I be using? If/when needed, use the following slice of CSS to clear floats in all browsers1:

Yep, that’s it. Two or three lines of code, depending on how you write it. Simple, effective, and works on all browsers in use today2. And you can rename the .clear class to whatever you want. For my own work, I prefer .box:

It’s a bit shorter and fits better in my mind with what it actually does: gives you a box that holds other elements. Not a collapsed box that contains a couple of floated elements sticking out and poking other boxes. But an actual box that stacks and clears and does all the things that real boxes do. So that’s the new recommended clearfix method. But we can do even better..

In the previous “better” clearfix method, what is the CSS code actually doing? Well, it basically creates an invisible box :before and :after the target element. And each of the boxes is displayed as a CSS table. The code then clears the “after” box. Pretty simple. But we can go even further and take it one step better with a single line of code:

That’s the ticket right there: the 1-line clearfix. So at this point, the clearfix hack has evolved from virtual dumpster fire to an elegant, effective, single-line solution that uses 100% valid CSS to clear floats in all browsers2.

Practically speaking, both 1-line and 3-line versions should provide the exact same results for most layouts. The only exception is when you want the target element (i.e., the element to which clearfix has been applied) to float next to other elements without clearing, which I think is pretty rare scenario in the wild. So in that particular case, the 3-line clearfix is the way to go because it does not clear the :before pseudo-element. In all other cases, the 1-line clearfix is recommended.

As always, please leave any feedback in the comments below or contact me directly, thanks!

Some related posts on CSS clearfix:

USP Pro: Unlimited front-end forms for user-submitted posts and more.
Thoughts
Mastodon social is a trip. Glad I found it.
As a strict rule, I never use cache plugins on any of my sites. They cause more problems than they solve, imho. Just not worth it.
Currently on a posting spree :)
6 must come before 7.
My top three favorite-to-write coding languages: CSS, PHP, JavaScript.
If you’re not 100% sure that you can trust something, you can’t.
Wishing everyone a Merry Christmas / Happy Holidays & much success in 2023.
+ More thoughts »
Topics
Find me on the social medias
Around the site
WordPress help
Favorite projects
© 2004–2023 Perishable Press • Yes Theme by Monzilla Media • Built w/ shapeSpace • Sitemap • Policy • RSS • John 3:16