A Delightful Romp through the 2007 PDX Zine Symposium 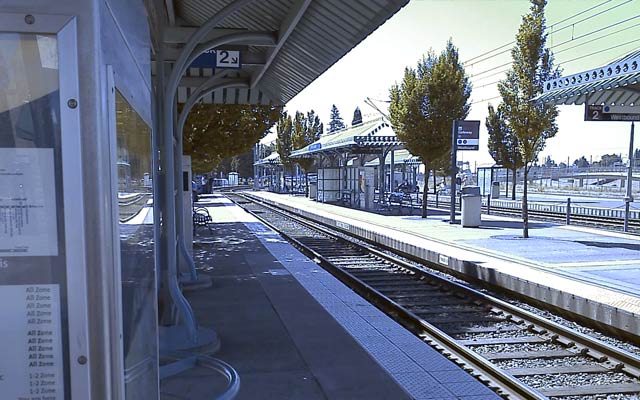 Some friends and I recently gathered in Portland, Oregon for the 2007 PDX Zine Symposium. Held on the lush campus of Portland State University, this was the seventh annual zine convention, featuring an abundance of tablers, zinesters, and visitors. Although we did not purchase a display table this year, we did represent our graphic zine collective, Dead Letter Art (DLa) by making the rounds, checking out new zines, and sharing issues of DLa. Since the annual Zine Symposium began in 2000, DLa has attended almost every year, learning, networking, and exploring ideas with fellow zinesters. Thus, with a hefty stack of DLa issues in hand, the DLa posse traded zines, collected chunks, and consumed as much information as possible from an endless river of zine literature and DIY propaganda. 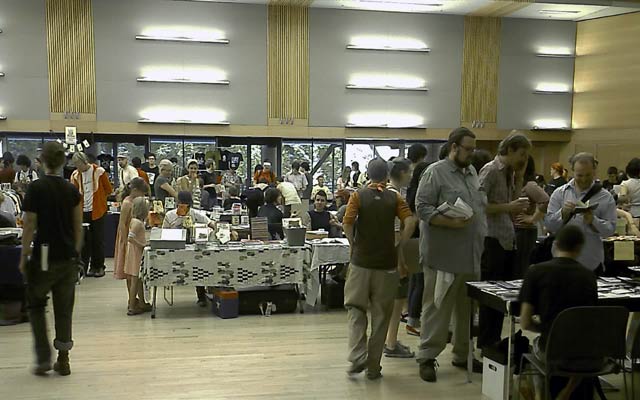 The turnout at the zine convention this year was incredible, with every inch of the spacious Smith Memorial Union Ballroom packed to the hilt. The setup for the event this year was similar to that of previous years, with display tables arranged around the perimeter of the room and in a multitude of rows spanning the floor. On each table, zinesters displayed as much of their material as possible, which invariably consisted of an assortment of zines along with myriad collections of buttons, stickers, and business cards. Behind each table sat (or stood) one or more of the zine’s producers and/or associates. Browsing the tables and buzzing with excitement was a continuously streaming crowd of enthusiastic zinesters, DIY peeps, and general visitors. At any point in time, a casual glance around the room would administer a near-endless dose of shaved heads, facial piercings, and killer tattoos. 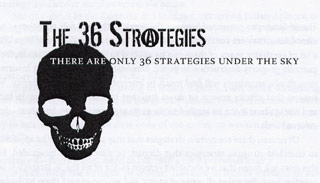 Beyond the superficial aspects of the event, however, were the people behind the zines — the many authors, artists, and publishers who make such an event possible. As we proceeded from table to table, we had an opportunity to speak with some remarkable folks — people who are content with working independently to express their ideas to an exclusive audience. While many of the zinesters we spoke with focused on personal topics, short stories, poetry, and other creative ideas, there was definitely no shortage of political/environmental/whatever activists advocating their myriad agendas. Personally, I enjoy the DIY zine culture for the creative thinking, original ideas, and artistic inspiration that is so frequently missing from the more mainstream sources of information. It is the uniqueness and authenticity inherent in zine expressionism that inspires people such as myself to expend valuable resources to publish independently in a relatively disadvantageous economy. 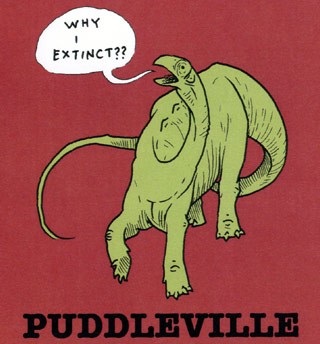 After the first fifty or so tables, the apparent commercialization of the zine industry was quite obvious. There was a price tag on almost every zine at the symposium. Sure, we managed to snag a few freebies, leftovers, and traders, but the majority of publications were marked to sell. We were amazed at the sheer number of commercial offerings available at this year’s convention. Of course, some of the items for sale were professionally produced, high-gloss commercial jobs that do not really qualify as “zines” and thus have no business at a “Zine Symposium” in the first place. As for the actual “zines” that people were trying sell, we observed a diverse intersection of price and quality. Three dollars was not an unusual request for ten to fifteen standard-size sheets of photocopied material. Okay. There were a few higher-quality zines that may have justified such an expense, but there is a plethora of illiterate, sloppy, thoughtless trash that is not. Needless to say, much of the poorly produced material remains inspiring in and of itself, whether revealing potential, generating ideas, or encouraging progress. After all, without all of the rubbish, the few gems we found would not have seemed so bright. 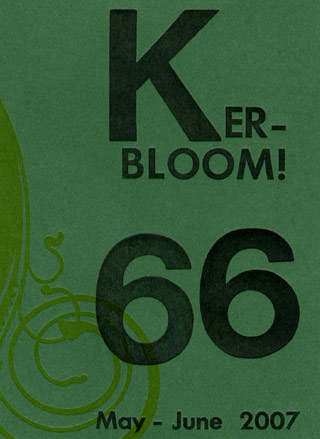 And gems there were! By the end of the day, we had successfully replaced our entire stash of DLa issues with two bags stuffed full of free chunks. While other members of our traveling sideshow dropped a fair amount of cash on their favorite zines, I was determined to save my hard-earned dollars and target the free stuff. It took some effort, but there were a few worthwhile nuggets dispersed among the better tables, but a majority of my collected chunks were easy pickinz thanks to the event’s regularly featured “free” table. Always my favorite stop, the free table exists as a virtual dumping ground for zinesters to distribute free zines, stickers, and other literature. Needless to say, I kept a close eye on the freebies and quickly gobbled all fresh, low-hanging fruit. Even so, despite my best efforts, I found myself shelling out a grand total of two dollars for the latest copy of Karen Switzer’s intriguing Ker-bloom!, because well, I just couldn’t resist its classy, letterpress-printed charms. I first discovered the deliciously authentic Ker-bloom! at one of the previous zine gatherings and was utterly inspired by the meticulous amount of detail put into every inch of its mindfully crafted pages. Easily, my two-dollar copy of Ker-bloom! is the crown jewel of the entire event.

BBQ Pro: The fastest firewall to protect your WordPress.
← Next Post
Rethinking Structural Design with New Elements in HTML 5
Previous Post →
Seven Ways to Beef Up Your Best Pages for the Next Google PR Update
Welcome
Perishable Press is operated by Jeff Starr, a professional web developer and book author with two decades of experience. Here you will find posts about web development, WordPress, security, and more »