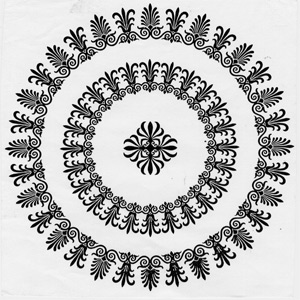 Since posting the Ultimate htaccess Blacklist and then the Ultimate htaccess Blacklist 2, I find myself dealing with a new breed of malicious attacks. It is no longer useful to simply block nefarious user agents because they are frequently faked. Likewise, blocking individual IP addresses is generally a waste of time because the attacks are coming from a decentralized network of zombie machines. Watching my error and access logs very closely, I have observed the following trends in current attacks:

Update: Check out the new and improved 6G Firewall »

Yet despite the apparent complexity of such attacks, they tend to look remarkably similar. Specifically, notice the trends in the following examples of (nonexistent) target URLs, or “attack strings,” as I like to call them:

Now imagine hundreds or even thousands of requests for each of these different URL variations, each targeting a different preexisting resource. So, for example, using the first attack string from our list, such an attack would generate the following log entries:

Then, associated with each of these attacks is a unique (or semi-unique) IP address and (faked) user agent. Occasionally, such attacks will be executed from a single machine or even small network, in which case the user agent for each entry is generally generically randomized to avoid user-agent-based blacklists. More typically, however, the current state of spammer and cracker attacks employs a virtually “unblockable” array of user agents and IP addresses. In short, recent blacklisting methods relying on either of these variables are becoming increasingly less effective at stopping malicious attacks.

Given these observations, I have adopted a new strategy for dealing with this “new breed” of malicious attacks. Instead of targeting zillions of IP addresses and/or user agents for blacklisting, I am now identifying recurring attack string patterns and subsequently blocking them via the RedirectMatch directive of Apache’s powerful Alias module, mod_alias:

By blocking key portions of the actual strings used in an attack, we are targeting an “unfakable” variable and preventing its use in any capacity. For example, referring to our previously given collection of attack strings, we are able block almost the entire collection with a single line of code:

Within the context of current server-exploitation techniques, that one line of code is an immensely powerful weapon for closing the door on malicious attacks. By focusing our blacklisting efforts directly on the attack vector itself, we employ a strategy that transcends the emergent complexity and variation inherent among intrinsic attack parameters. They can fake the user agents, the IP addresses, and just about everything else, but they can’t fake the (potential) targets of their attacks. Attack strings contain patterns that remain far more constant than previously targeted variables. And it gets even better..

For several months now, I have been harvesting key portions of malicious attack strings from my access logs and adding them to my new and improved “2G” blacklist. After the addition of each new string, I take as much time as possible to test the effectiveness of the block and ensure that it doesn’t interfere with normal functionality.

Although highly effective in its current state, the 2G Blacklist is a work in progress. As time goes on, this blacklisting method will certainly evolve to keep up with the rapidly changing arsenal of spammer and cracker attacks. To stay current with this and many other security measures, I encourage you to subscribe to Perishable Press.

As mentioned, this blacklist is designed for Apache servers equipped with the mod_alias module. You will need access to your site’s root htaccess file, into which you simply copy & paste the following code:

A brief rundown of what we are doing here.. First, notice that the entire list is enclosed with a conditional <IfModule> container; this ensures that your site will not crash if for some reason mod_alias becomes unavailable. The list itself is elegantly simple. Each line targets a specific string of characters that, if matched in the URL, will return a server status 403 Forbidden HTTP error code. Nice, clean, and easy.

Although highly effective at stopping many attacks, this blacklist is merely another useful tool in the ongoing hellish battle against the evil forces of the nefarious online underworld. It is meant to complement existing methods, not replace them. Some frequently asked questions:

Is there still benefit from blocking individual IP addresses? As discussed elsewhere at Perishable Press, yes, crackers and attackers have their favorite locations and certain zombie machines are easier to manipulate than others.

Is there still benefit from blocking certain ranges of IPs? Yes, especially for coordinated attacks, blocking ranges of IP addresses often is the most expedient way of securing a site against threats.

Is there still benefit from blocking certain user agents? Yes, many spammers, scrapers and crackers have yet to spoof this aspect of their game — there are many well-known and well-hated user agents that should be banned.

It is in addition to these tools, then, that the 2G Blacklist provides another layer of security with solid defense against malicious attacks.

Digging Into WordPress: Take your WordPress skills to the next level.
← Next Post
Minimalist Web Design Showcase: ShaunInman.com
Previous Post →
Over 150 of the Worst Spammers, Scrapers and Crackers from 2007

22 responses to “2G Blacklist: Closing the Door on Malicious Attacks”

Digging Into WordPress: Take your WordPress skills to the next level.
Thoughts
Upgraded iMac to Ventura. Disabled "unsend mail" feature and found some (now) hidden wallpaper settings. Overall smooth upgrade.
( $this ) is bloat. ($this) is better.
The Legend of Zelda: Tears of the Kingdom coming May 12, 2023. Absolutely pumped.
Favorite thing for breakfast is a tall glass of cold water. Hits the spot every time.
Fall is my favorite season :)
Still a few days left before “Unlimited” pro licenses are no longer available.
Getting back into it after a nice mini vacation. Time to ramp up and get busy.
+ More thoughts »
Topics
Find me on the social medias
Around the site
WordPress help
Favorite projects
© 2004–2022 Perishable Press • Yes Theme by Monzilla Media • Built w/ shapeSpace • Sitemap • Policy • RSS • John 3:16